Giving Back to Those Who Give Their All for Israel 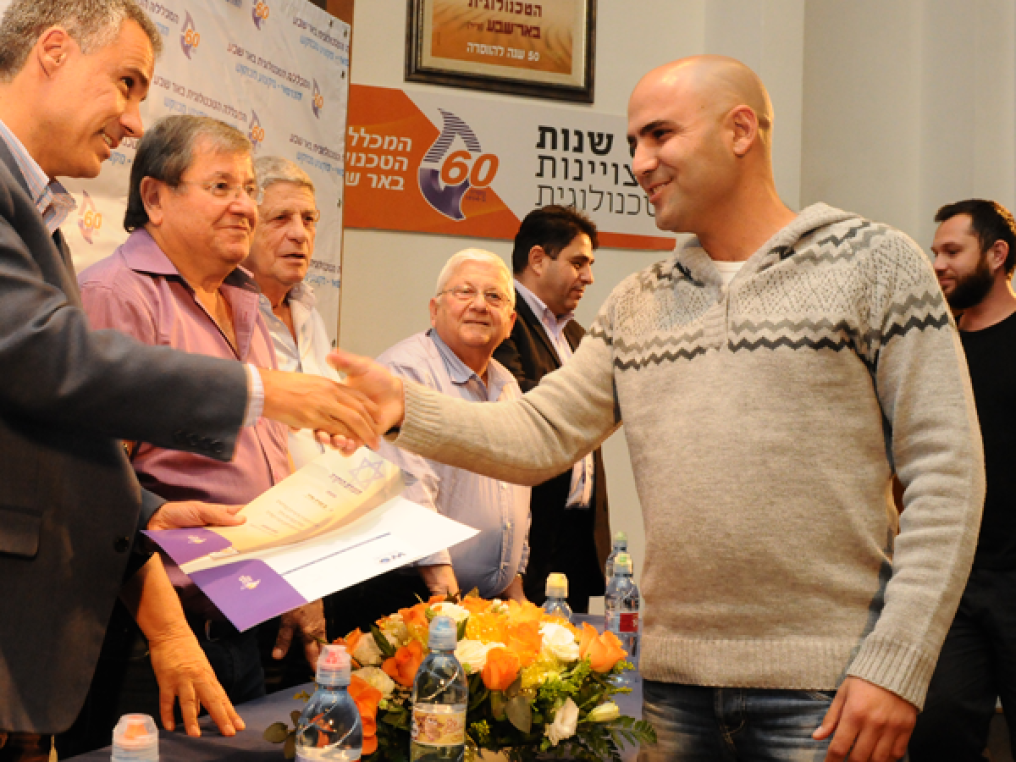 Eliran ben Shitrit—husband and father of two young children—was working and studying full-time at the Technological College of Beer Sheva when Operation Protective Edge broke out in 2014. Suddenly, rockets were raining down across the south of Israel, and he was called to serve in the IDF reserves far from his family.

When the conflict ended, Eliran wasn’t sure he’d have enough money to return to school. That’s when Federation partner World ORT, the world’s largest Jewish vocational training and educational organization, stepped up to help, providing scholarships to him and 62 fellow students who served Israel that summer. Here’s Eliran’s story.

Hi Eliran! Can you tell us a little bit about yourself?

I’m 34 years old and live in Beer Sheva with my wife, our four-year-old daughter and two-year-old son. I just started my second year at the Technical College of Beer Sheva, where I study structural engineering.

I had earned a degree in architecture and worked in the south for a while in that field. But there were hardly any jobs so I went back to school. Being around so many younger students challenges me, but it’s a great experience. And while I’m studying, I work in a lab that tests environmental pollution.

How do you manage to juggle work, family life and school?

I’m lucky to have such a supportive wife! Without her, it would be impossible. My day starts at 6 AM with a marathon of diapers and sandwiches for the kids, getting them ready for school. After work, I have class three evenings a week until 10 PM. And there are always papers to write, homework to do and exams to study for. The college is very helpful in providing resources for students, but it can still be tough.

Then Operation Protective Edge started. How did that all change?

Instantly, everything was totally different. Right away, I was stationed in the north for 31 days to replace active duty soldiers. My hometown of Beer Sheva is in range of Hamas’ rockets, and every hour or so the sirens went off. My kids were home the whole time since it was too dangerous to go outside. They were definitely traumatized. My wife had to miss work for a whole month to stay with them.

What were you feeling?

A lot of uncertainty. We didn’t know when the war would end or how many weeks I would have to stay there. There were days when I thought I would rather serve in Gaza because at least that’s close to home.

I ended up being away from school for a full month, which created a serious gap in my education.  I was supposed to take a certification exam but I didn’t have time to prepare.

So how did you manage to go back to school?

Once I came back from the army, the dean announced that anyone who served more than a certain number of days would receive a scholarship from World ORT as a thank you.

That gift made a huge difference for my family. It gave me the ability to continue studying even while the bills kept piling up. It’s so nice to know that people outside Israel were thinking about us during those tough times.

So where are you now? And what’s next?

I still have another year and a half of school left, and then I hope to make it in the structural engineering business. I want to keep supporting my family as we grow, maybe buy a house. I also want to keep contributing to Israel—of course, I hope that we won’t need to be sent in to fight anymore. Lastly, I want to send a huge thank you to World ORT. They made my family smile; they saved us.

given to Operation Protective Edge veterans

where World ORT is active

in under-resourced areas helped by World ORT each year